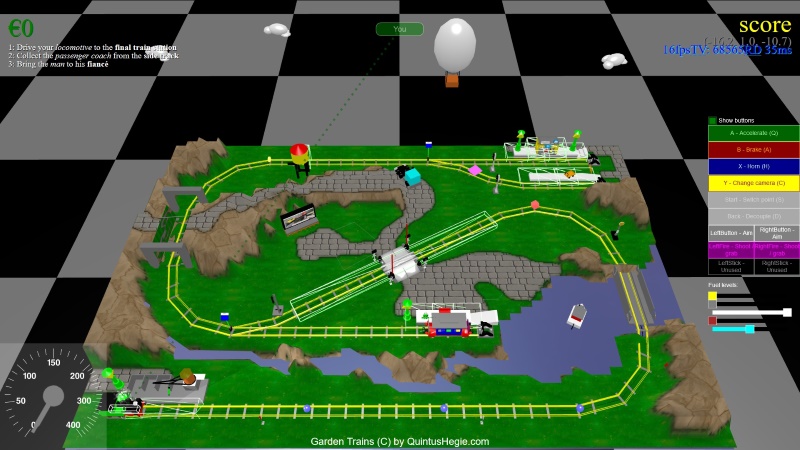 Be one of the first to play my latest flagship browser-based game called 'Geek Trains™'. This 3D train game is still in development, but this first Tutorial style level is mostly complete and working. Please allow some time to load (15 seconds to 3 minutes). If the game doesn't load at all or crashed, come back to this page after a few days and try again.